Which Operating System Should You Choose for Your Next PC?

Buying a new computer? You have more operating system choices than ever before. Windows is still very popular, but Mac is a great choice for creative professionals. Google offers simple and cheap Chromebooks, and Linux laptops are also an option.

But what is the best operating system for your new computer? We'll give you an overview of all your choices, along with their advantages and disadvantages. Minor spoiler: There's no one best option for everyone.

Should You Use Windows?

Windows is the most familiar operating system to most users. Microsoft released latest version,

, in 2015, and it is a considerable improvement over previous versions such as Windows 8. The advantage of Windows is that is has a very broad range of software available. All kinds of software is available for Windows, from business software to home computing apps.

The disadvantage of Windows is that it does have security issues, as it is the target of a large amount of malware. If you're going to use Windows, it's important that you keep your operating system up to date.

One group of people for whom Windows is the best OS is gamers. If you like to play games, especially AAA titles, then the best operating system for your PC will be Windows. The selection of games available on Linux and macOS is getting better, especially since the launch of Apple Arcade and Steam bringing support platforms beyond Windows.

Should You Use macOS?

A preferred operating system among creative professionals is macOS. Unlike Windows, which you can install on most PC hardware, macOS is generally only available on Mac hardware. (You can install macOS on non-Apple hardware to create what's called a Hackintosh, but this is complex.) For most users who want to use macOS, they'll need to buy a Mac machine.

The advantage of macOS is its exceptional support for creative software such as Adobe Photoshop or Premier. While this kind of software is available on Windows too, it generally functions better and has more options on macOS. Another plus point for macOS is that Apple updates it regularly, and that upgrading to the latest version of the OS is usually free. It is also less frequently targeted by malware.

The disadvantage of macOS is that Apple hardware can be expensive, with laptops and desktops costing thousands of dollars. There's also much less free software available for macOS than other operating systems, so be prepared to spend more on software too.

Should You Use Linux?

laptop or desktop is Linux

. Linux has a reputation for being hard to use, although in recent years more user-friendly distributions have become available.

Linux's greatest strength is its flexibility. You can change just about anything you want in a Linux system, as long as you have the required knowledge. This is why the operating system is so popular among power users who want to perform complex tasks in an efficient way.

However, for the average user the learning curve for Linux is rather steep. Some people are intimidated by the command line. And it can take a long time before you learn the commands you need to use the operating system efficiently. For this reason, Linux isn't well suited to less techy-savvy users.

There's one area where Linux does absolutely shine, though---resurrecting old hardware. If you have an ancient computer which is too slow to run Windows, try installing a lightweight Linux distribution on it and you may be able to keep using it for simple tasks like web browsing and email.

Should You Use Chrome OS?

One interesting contender for the best laptop operating system is Chrome OS. Google's Chrome OS is a lightweight competitor that's capturing more of the market. Chromebooks run a simplified operating system that's basically just the Chrome web browser with some desktop bits. You have access to Chrome, Chrome apps, a

Chrome OS can be the best OS for laptops because Chromebooks are simple. They update automatically, sync with Google Drive for file storage, and don't require antivirus software. Most Chromebooks cost between $200 and $300, and don't include bloatware.

If you only ever use Chrome and want a simple PC with a full keyboard and powerful desktop web browser for not much money, a Chromebook is a good option. On the other hand, there's still a lot a Chromebook can't do---if you use Photoshop daily, look elsewhere.

Should You Use BSD?

An interesting and lesser-known alternative to Linux is BSD, which stands for Berkeley Software Distribution. This Unix-based system was developed for researchers, and it is open source. Nowadays, you'll most often see descendants of BSD like FreeBSD or OpenBSD in use.

BSD systems are most useful for advanced users who prioritize functions like complex networking or a high level of security. In some ways, BSD is even more flexible than Linux and can be installed on an even larger range of hardware. The big limitation with BSD is that there's not a lot of support for it from third-party developers. So much familiar software you use every day won't run on a BSD system.

One option to consider if you can't decide on an OS or if you like features of more than one OS is a dual boot. This is where you install two (or more) operating systems onto one machine. When your computer boots up, you can choose which operating system you'd like to use for that session. This gives you the opportunity for the best of both worlds.

For example, you could install Linux for your primary productivity tasks, then also have Windows available for gaming. However, there are

that you should be aware of. 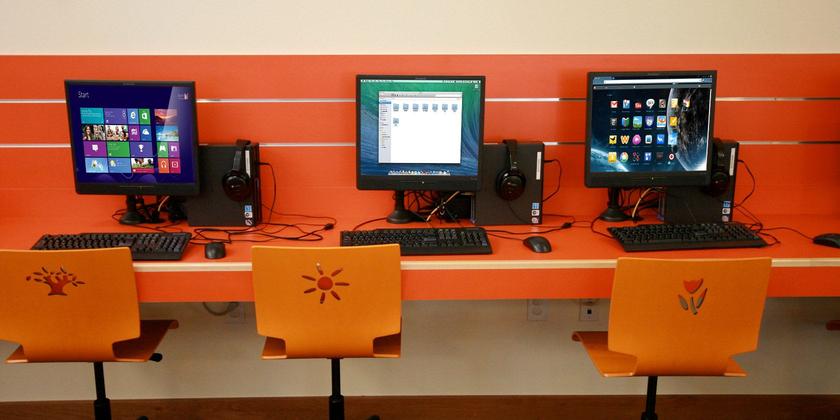 Which OS Should You Choose?

Hopefully, we've given you a place to start your research on which operating system you should use and helped you eliminate a few choices.

Comparing all these operating systems is a tough task. If you're unsure whether you should opt for Windows or go with one of the many

available, you should probably go play with these operating systems in person. Try using a friend's PC, working with a display laptop at a store, or dual booting Linux on your current machine.

How to Take a Screenshot on Samsung Devices

Need to grab a screenshot on your Samsung Galaxy phone or tablet? Here are six different ways to do it.

Georgina is a science and technology writer who lives in Berlin and has a PhD in psychology. When she's not writing she's usually to be found tinkering with her PC or riding her bicycle, and you can see more of her writing at

Please confirm your email address in the email we just sent you.

Expand to read the full text