Later this year, iOS 15 will launch an improved Messages app. Apple previewed the new sharing features of its messaging app, making it easier to view photos, articles, and music shared in chats. A new "Shared with You" feature will track the content shared in the message threads of related applications.

For example, when someone sends multiple photos in a thread, "shared with you" can automatically pull the images into the Photos app. Apple will also determine which of the photos are likely to be most relevant, such as photos with your face in them.) And, when you browse the shots in Photos, you can easily jump back into the message thread where they were originally shared.(The Messages app will also arrange the images into a new collage layout that makes it easier to swipe through the photos quickly in-thread.) 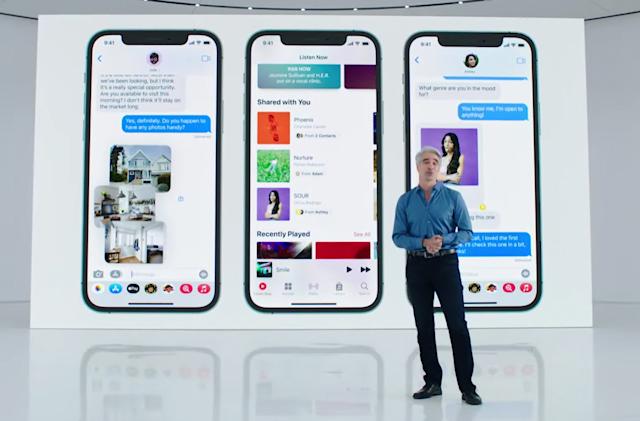 The new sharing features come as Apple is reportedly eyeing even bigger changes to Messages to make it more social. Elsewhere, Apple showed off major improvements to FaceTime that adds co-watching features. The company is also opening FaceTime beyond iOS for the first time, with shareable links that allow Android and PC users to join calls.

In addition, another message adjustment will allow users to automatically share contacts directly in the message thread when their phone is in "Do Not Disturb" mode, knowing that they cannot be reached immediately.