The desktop and laptop personal computers’ CPU is crucial in enabling my device to function successfully. I use my PC for both personal and professional purposes. So, it’s important that my CPU doesn’t malfunction while I’m in the midst of doing something on my PC.

Intel Core I5 and I7 are among the most commonly used central processing units (CPU’s). Choosing between these two kinds of CPU’s is tough for me. I will choose the CPU that offers me more benefits, as compared to, disadvantages.

The Number of Cores

The Core I 5 is cheaper than the Core I 7 CPU. However, functionality-wise, the Core I 5 CPU has slower and more outdated abilities. The Core I 7 generally performs better when it comes to multi-tasking, media editing, and other media associated functions, gaming that utilizes innovative tools, and other activities that require resembling systems. There’s only a small variation in prices between the two types of CPU’s. So, it appears that it’s more worthy to buy a Core I 7 CPU, than a Core I 5.

The Size of the Cache

Core I 7 CPU’s have a greater amount of cache. So, this processor can handle tasks done on a routine basis. Additionally, Core I 7 is able to gain access to information faster. Whenever I’m editing and calculating spreadhseets, I would not have to reload the numerical data I input if I own a Core I7 processor. The numerical information is saved in the cache. Therefore, when I will make edits on such an information, the calculations are done automatically. Larger cache capabilities aid in multitasking. Tasks done on the background are ready to be completed even when you shift in doing an activity on a different window. 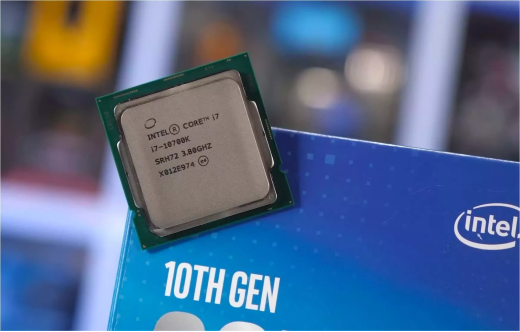 Turbo Boost is Intel processors’ overlocking features that have been around for multiple generations. Turbo Boost enables some of its chip’s cores to function quicker than its base clock speed when only one or two of the cores are essential to complete tasks. One of the examples of these tasks is a single-threaded activity.

The Core I 5 and Core I 7 utilize Turbo Boost. Of course, Core I 7 is able to execute quicker clock speeds. Each chip will be associated with a rated base and increased clock speeds. Having a quicker clock speed, though, varies upon the individual design and cooling system of a personal computer. In other words, depending on the design and cooling system of a device, the time frame that a chip can run its boost speeds, and the number of associated cores for it, will vary.

Most non-gaming devices that come in the form of thin and light laptops with Core I 5 and Core I 7 CPU’s running on integrated-graphics acceleration silicon don’t last on a long-term basis. Gaming personal computers, on the other hand, have graphics chips running in them that are external parts of the CPU.

Core X series desktop CPU is compatible for use with high-end gaming and video editing activities. The Core I 7-820 X, for one, has eight cores running in it. Because of its high-threading support system, it can process the operation of 16 threads at the same time.

Core-Y series CPU’s are best used for extra thin and light ultraportable laptops. The mentioned chips utilize only seven watts of power consumption, and produce a minimal amount of heat. Thus, the need to use a cooling fan is not considered for it.

I would need to be more practical. So, I would choose the Core i7 windows laptop such as Honor magicbook 14 2021 to make me perform my tasks faster, and in high quality. The laptop price should not be a problem for me when I make my purchasing decision. I’m willing to buy a high-quality and durable CPU that will help in letting me execute my computer tasks competently on a long-term basis.

Latest： Coque iPhone 11 : faites le meilleur choix
Next： Laptop or Tablet: Which one to go for?
Popular Articles/span>