John McAfee, an antivirus software entrepreneur, has passed away at the age of 75. According to Spanish-language publications El Mundo and El Pais, the police found that McAfee had died in a Barcelona prison cell, where he was awaiting extradition to the United States. Since then, a spokesperson for the Catalan Ministry of Justice confirmed the death to Reuters. Reports show that the authorities believe he committed suicide, but the official has not yet determined the cause of death.

Spanish authorities arrested McAfee at Barcelona airport in October 2020 following an indictment from US federal prosecutors on allegations of fraud and money laundering, as well as tax evasion charges linked to his failed bid to run as the Libertarian Party candidate in the 2020 US presidential election. McAfee allegedly failed to file tax returns for four years between 2014 and 2018 despite earning a "considerable income" from a variety of sources, including from money he made promoting cryptocurrenci

es and selling the rights to his life story for a documentary. 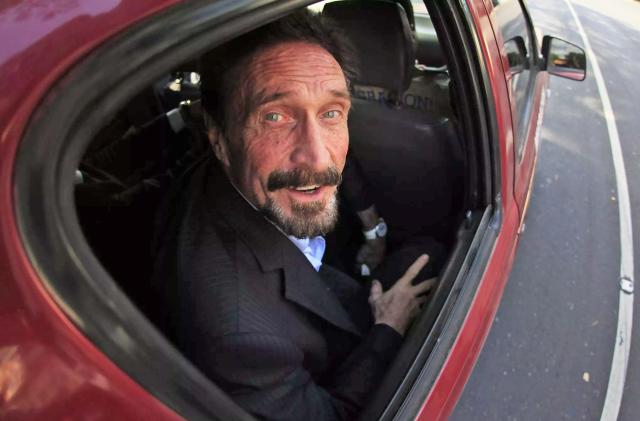 While he's best known for the antivirus software that carries his name, in more recent years McAfee has mostly garnered media attention for his erratic behavior. In 2012, while he was living in Belize at the time , he was accused of paying a hitman $5,000 to murder his neighbor. More recently, authorities in the Dominican Republic arrested McAfee on suspicion of travelling on a yacht loaded with high-caliber weap ons and other military equipment.

"There is much sorrow in prison, disguised as hostility," McAfee recently wrote on his Twitter account. "I'm old and content with food and a bed but for the young prison is a horror — a reflection of the minds of those who conceived them."