Many players can't wait for the next Elden Ring game from Bloodborne and Dark Souls developer FromSoftware. The game trailer, which debuted last week, provides an initial correct understanding of the store's content and release date. In an interview with IGN and Famitsu, director Hidetaka Miyazaki revealed more about what players expect when they dive into the world in January.

There are six areas linked by a hub. Not all of them will be accessible at the outset, though you don't have to tackle them all in a specific order. Each has a main dungeon, and there are smaller dungeons, forts, tunnels, caves and catacombs to explore.

The main bosses "are essentially demigods," according to Miyazaki, and they're written by A Game of Thrones author George R.R. Martin, who helped build out the game's lore and story. The bosses "inherited the mad tainted power of the Elden Ring shards once it was shattered," Miyazaki said. "We wanted to depict these beings as not just creatures and horrible monsters, but have an element of heroism and an element of mythology to them."

This is the largest world FromSoftware has created to date and Elden Ring includes a fast travel system "to take into account that level of comfort and ease of play." However, Miyazaki hopes players will roam the world and hunt for abilities and upgrades. You'll have a double-jumping horse that can help you traverse the landscape faster than you can on foot. 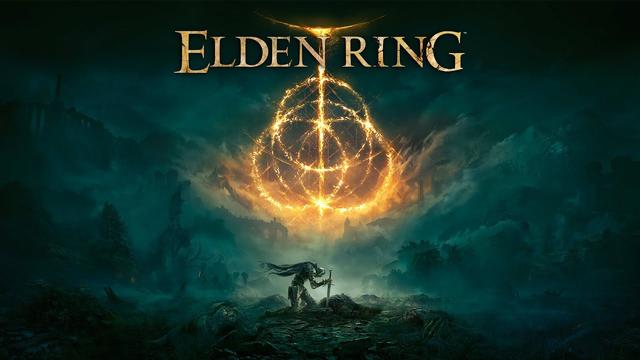 Elden Ring players will be able to customize their character's look and loadout. You can swap between 100 or so weapon arts, a gameplay element seen in Dark Souls 3, but you can only attach one to a weapon at any given time. One other tool you'll have is the ability to jump. What a concept.

It seems FromSoftware drew from the stealth aspects of Sekiro: Shadows Die Twice. You can sneak your way to vantage points to draw up a battle plan or perhaps even avoid combat encounters entirely. That will give you more freedom in how you play compared with the studio's previous titles.

As with other From games, there are asynchronous multiplayer elements and you can summon others for co-op play. You can also summon the spirits of vanquished foes as allies, the blue ghostly creatures seen in the trailer. That's handy, since "you will be fighting for a longer time than before," as the fantasy RPG's director told IGN.

Miyazaki estimated that the game takes around 30 hours to complete, though he hasn't been taking too many "side trips," according to Famitsu. There also are multiple endings for you to discover when Elden Ring drops on PC, Xbox One, Xbox Series X/S, PlayStation 4 and PS5 in seven months.